skip to main | skip to sidebar

Not enough of a packrat??

Is it possible to be a little too free with the trash can? 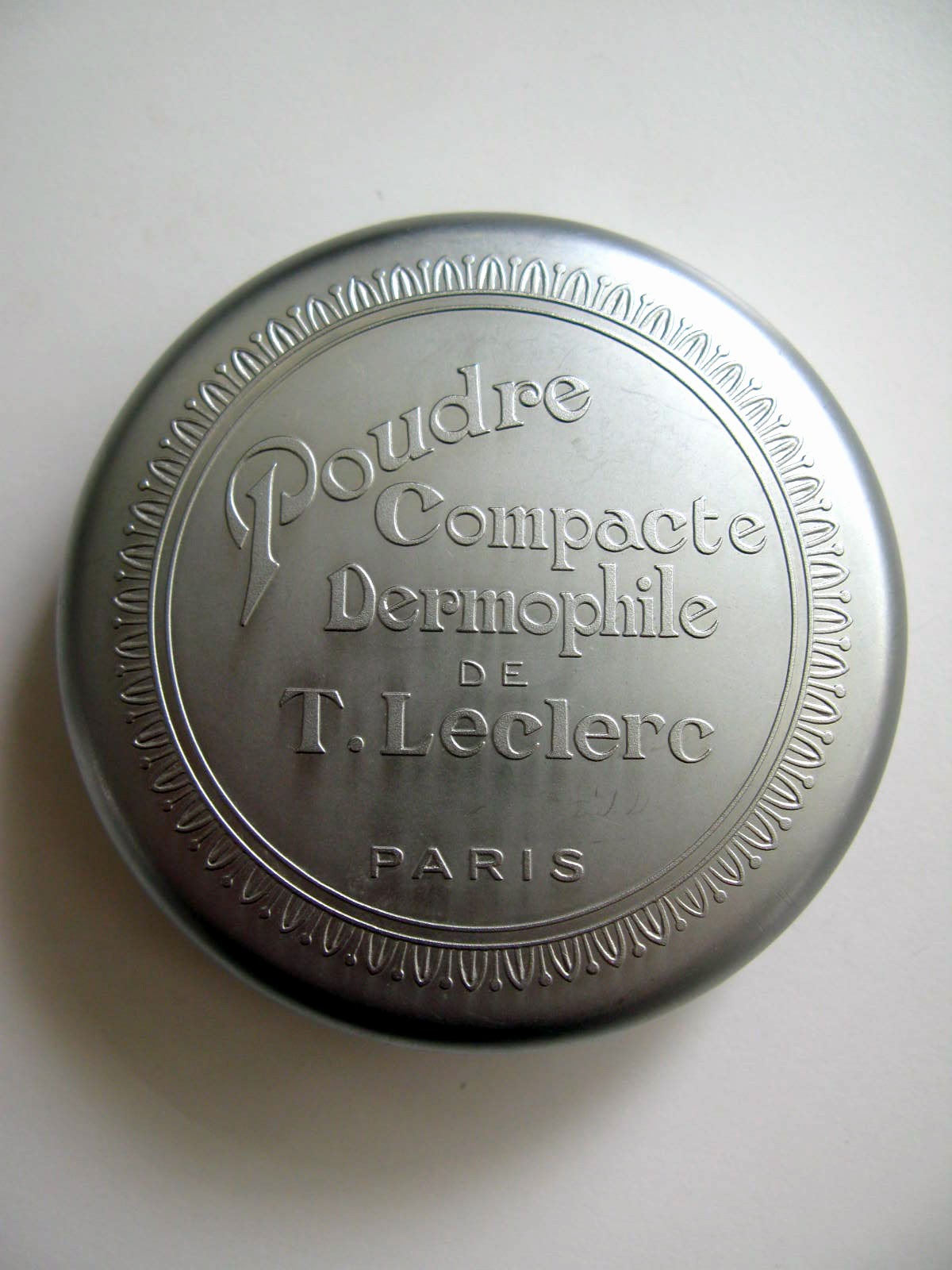 This was the only compact I could find at Longears, despite the many, many compacts I have had over the years.  This one is at least 10 years old.  Frankly, those days when I did powder my nose, it didn't need it.  Now, I am far beyond the power of powder to improve! 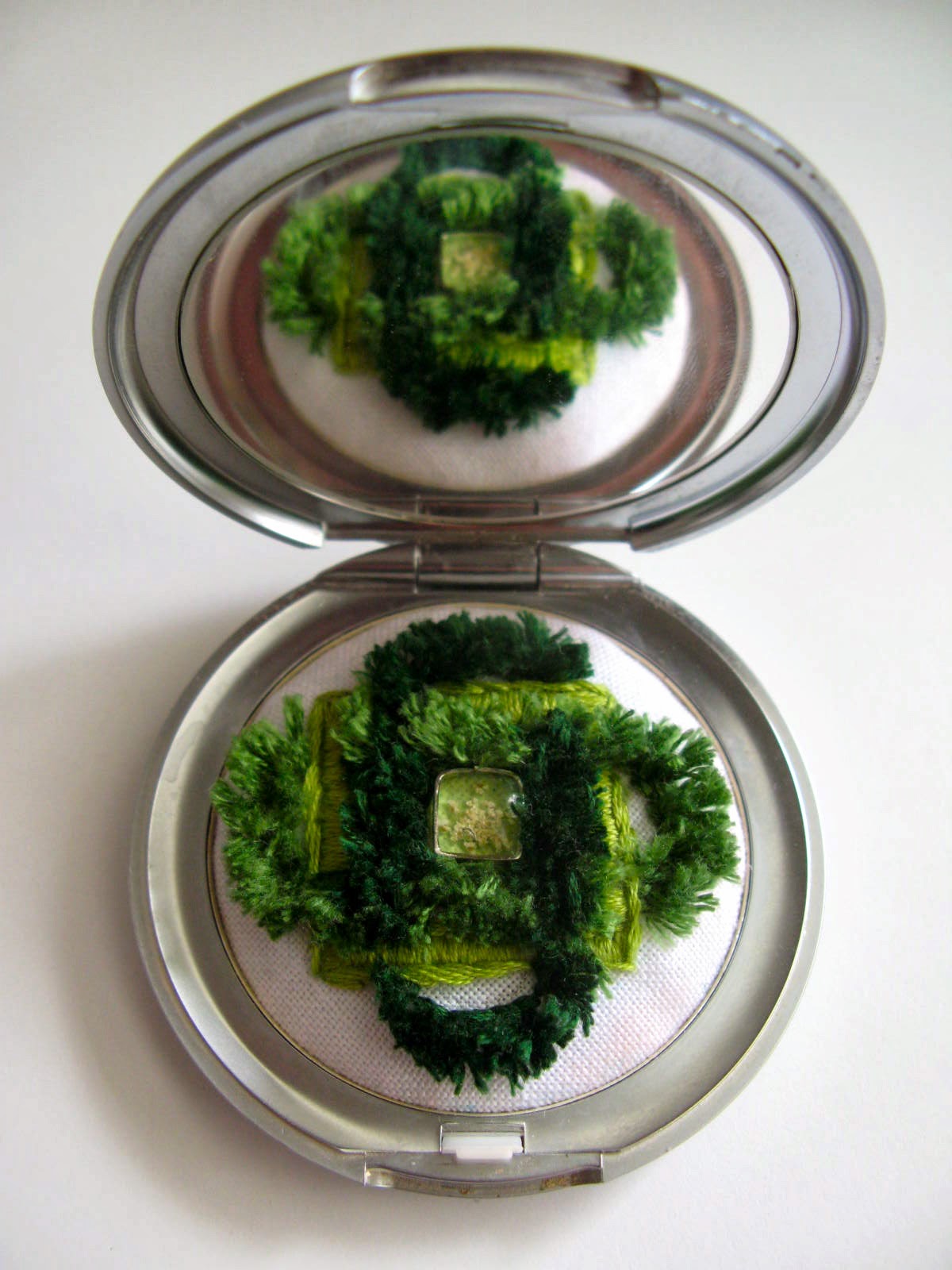 Well, at least I found one "free" compact for my embroidering  craze! 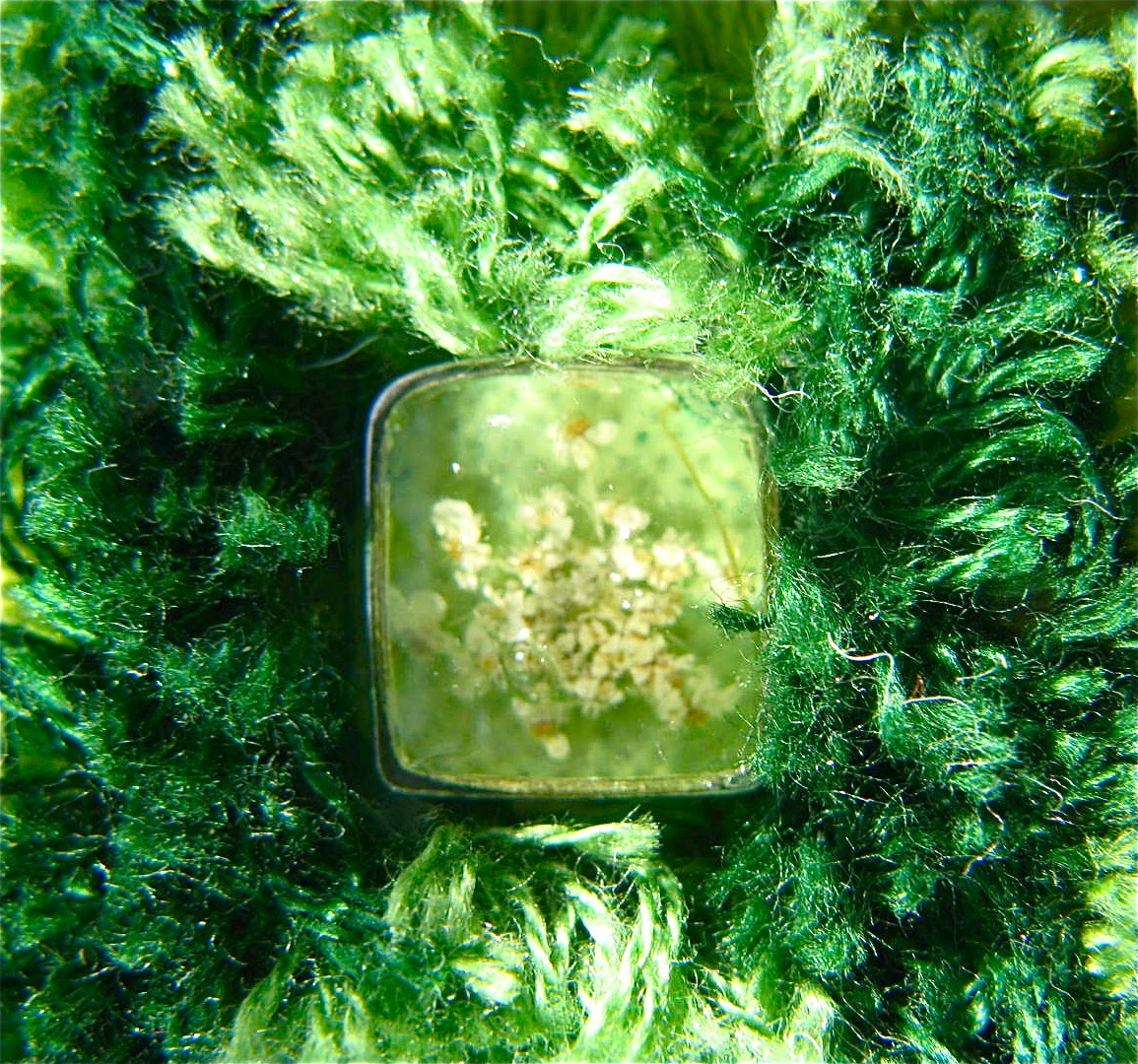 In the center is a silver bezel with a pressed floret from Queen Anne's Lace embedded in resin.
Posted by Jeanette, Mistress of Longears at 9:59 AM 3 comments:

A good Rabbit is hard to find. 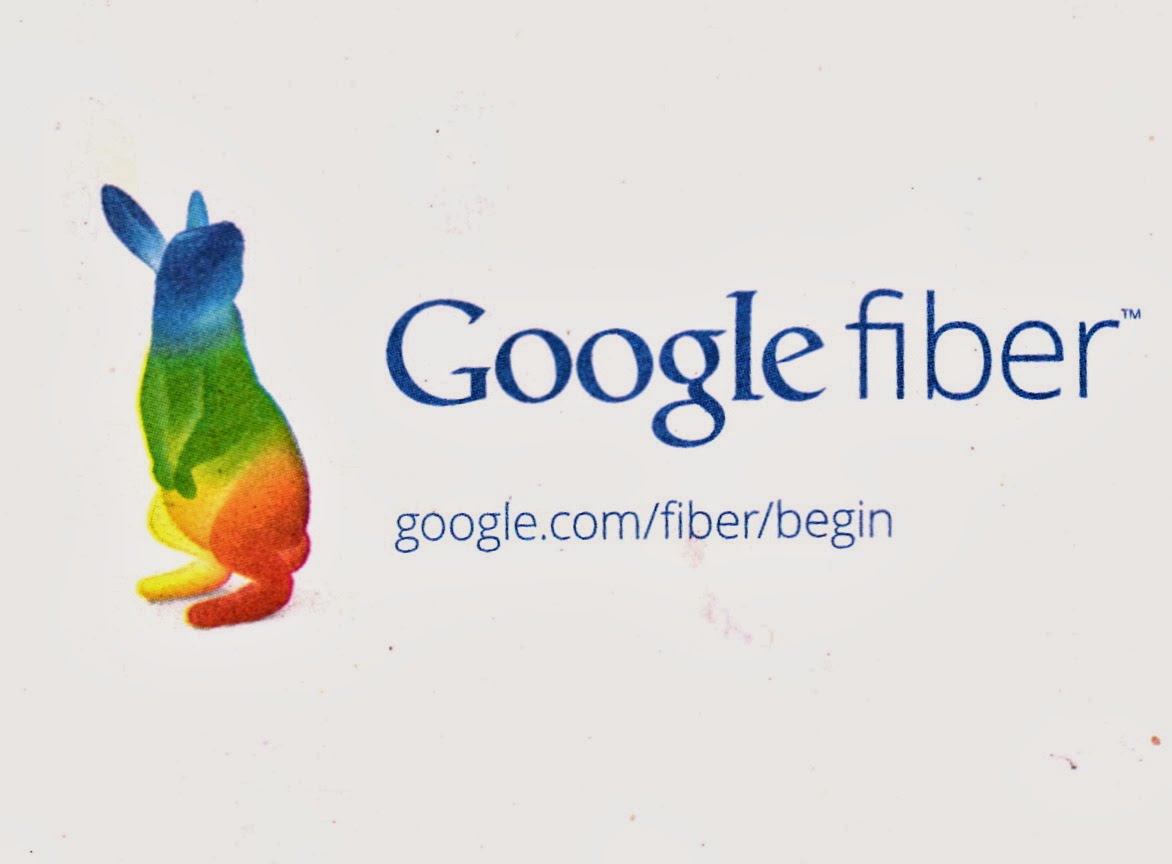 Flannery O'Conner said it best in her short story, "A Good Man is Hard to Find".  A good rabbit is just as hard to find.

Longears is in the Kansas City metropolitan area, and I gleefully hailed the news that Google chose KC for the very first installations of their new, super-high speed Google fiber network.  No more waiting for my Flickr uploads!

Google started with a few communities nearby, and then expanded out toward Longears.  Each city would receive Google Fiber based on the percentage of the population willing to sign up for it.  Naturally, I signed up faster than a rabbit running from my shotgun sights   Airedale.

Sadly, the city I live in had some concerns about the wording on the Google contract - you know the kind of thing you find in so many documents, similar to the "hold harmless" clause in every school filed trip permission slip:
"I will  hold the school system harmless for any injury befalling my child".
I always added, "I expect reasonable care and supervision to be provided."  Not that I believe it is legally possible to sign away your rights, but just in case they ended up dropping my son off at the local strip club with a fake ID, I thought I should clarify my intentions.  But I digress.

My city became so concerned with the contract wording (that same wording that a dozen or so other local cities had blithely nodded and agreed to) that Google announced they could not wait for my city to agree, and they moved off to other areas.  So I will be without that good rabbit.

The irony is not lost on me.
Posted by Jeanette, Mistress of Longears at 7:18 PM 1 comment:

Embroidery thread comes in adorable little hanks like this:

One end, when pulled, dispenses lovely lengths of thread ready to be used.  The other end, when pulled, results in a huge tangle.  Obviously, my chances of getting it right should be 50:50.  Then why am I getting this with far greater frequency than 50:50? 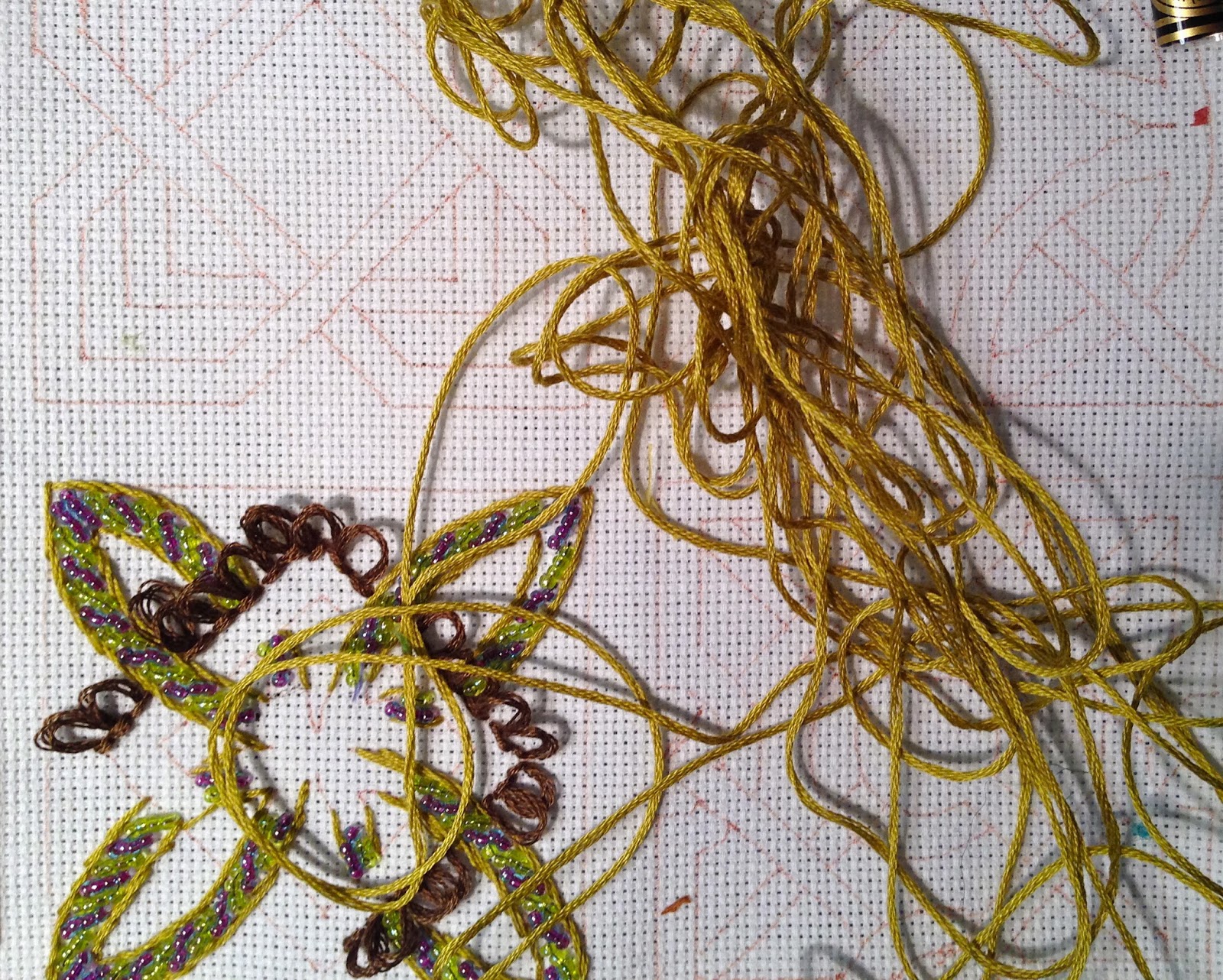 It feels as if I'm caught in a version of Rosencrantz and Guildenstern where, instead of all heads, I'm getting all tails.  Tangled tails at that!

Posted by Jeanette, Mistress of Longears at 4:45 PM No comments:

Not scheduled for an appearance on Hoarders ..... yet!

I bought this Chesterfield Cigarette tin before 1975 and dutifully carried it with me in all subsequent moves.  For a while, I kept match books inside, but no one at Longears smokes, and I prefer those really long matches or a long automatic lighter for starting the gas in the fireplace, so the tin has been gathering dust in the piles that could, one day, qualify me for an appearance on Hoarders.

This month, I finally found purpose for this tin:  it holds an embroidered and stump-worked (is that a word?) miniature garden.  Using my  new books on stump work, I designed a miniature garden and re-purposed one of my late mother-in-law's old linen napkins (another victory over Hoarders or is it more ammunition because I've held onto the napkin all this time?) 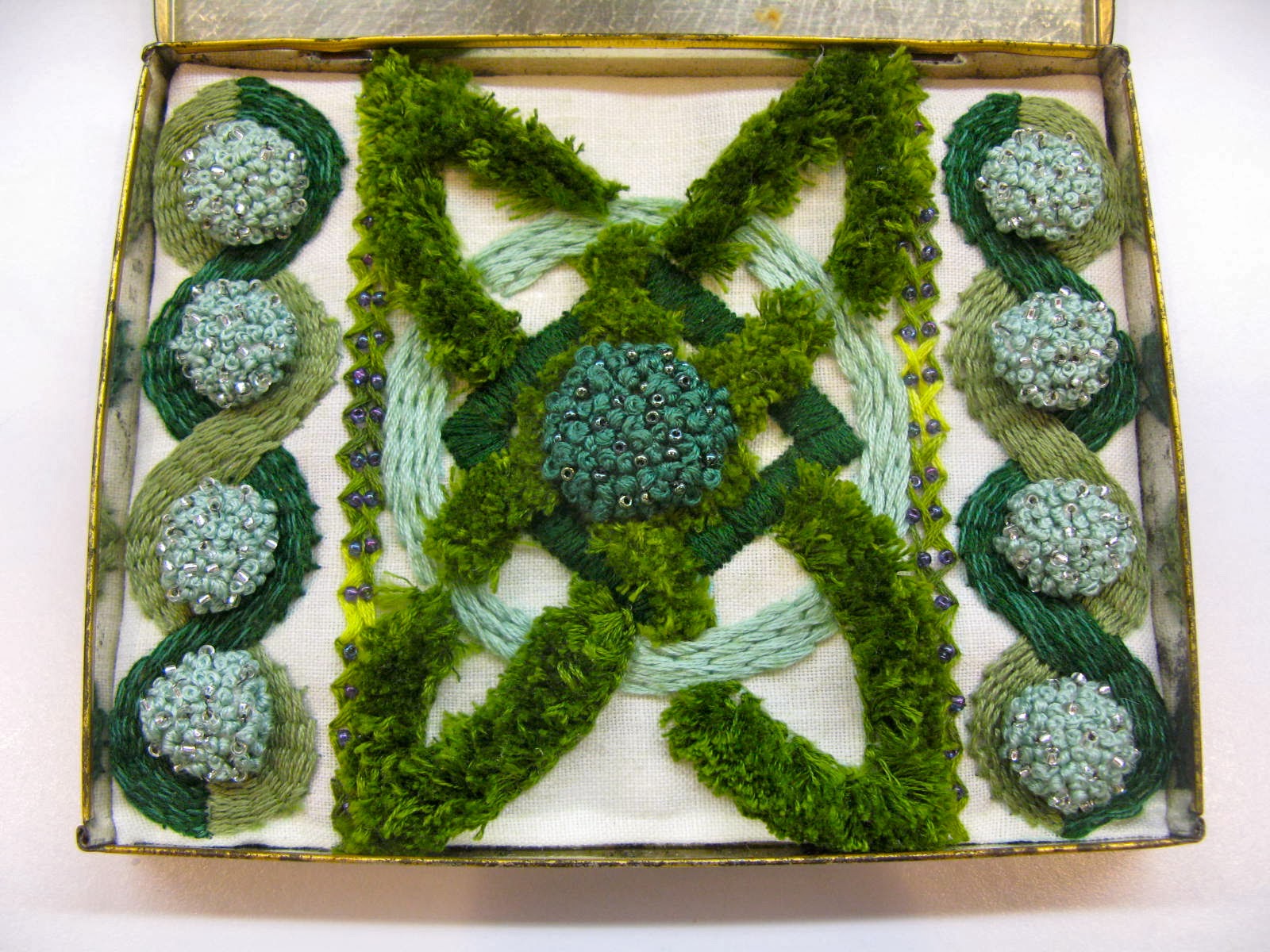 I used the "berry" making technique from Jane Nicholas' book to make the round "topiary shrubs",  which consists of french knots and beads.  I learned stem stitch, long-armed cross stitch and turkey stitch for the rest of the garden furnishings.  As a girl, my mother taught me french knots, lazy daisy and backstitch, and the only stitch I retained was the French knot, so this was a big learning experience.
Perhaps I may now be known as someone with foresight....not a Hoarder?

Posted by Jeanette, Mistress of Longears at 7:05 PM 4 comments:

Adding your own QR codes!

I cannot stop picking things up when I walk.  I bring them inside...to draw or decorate with....and then they end up in jars all over the house.  On the plus side, I find them endlessly inspiring.

Recently, Quilting Arts Magazine included an article on how to add QR codes to your work.  You simply download an app from Stickr.it.com and while you are there, order some QR patches.  They come in sticker form and in cloth form so you can sew them onto the back of your fiber pieces.  When you scan the code and you can upload photos and record information that you'd like to include about the piece.  So much fun!

A brief online search shows other services for this king of thing, and if you try another one, please let me know how you like it.
Posted by Jeanette, Mistress of Longears at 4:59 PM 1 comment:

Think creatively to save work and time...

I've chosen Edith Sitwell's optimistic quote to title this art quilt (you can read it on the left side of the quilt) and to serve as inspiration for all of us who have experienced this miserable winter.  In general, I love the way things look in winter, all sparse and full of subtle color, but this year I need to believe spring is coming!  Somewhere beneath all that snow are the seeds that will bring back my beloved Queen Anne's Lace.

So what about the time savings?  I called this an "art quilt" because it is made of sandwiched layers of hand dyed silk organza, organza printed with drawings, linen, cotton batting and a backing fabric, the entire sandwich embroidered and stitched.  A real quilt would require finished edges, but the word "art" allows me to leave the edges with curling pulled threads.  And of course, the stitching is nothing like the precise work a real quilt requires.  Time and sanity saved!


Posted by Jeanette, Mistress of Longears at 4:33 PM No comments:

The 5 Stages of Gluttony 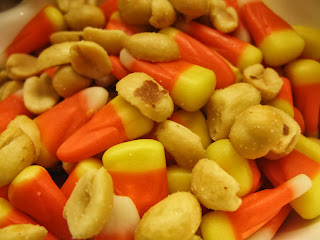 Stage 1:  Denial
I will just fill a bowl with candy corn and peanuts to make the house look festive.  Of course I will eat a little, but only a few morsels each day, so it will last till Halloween.  Besides, it looks so cute and festive on the counter.  It gives me a chance to use that adorable dish I won at the Office pumpkin carving contest one year. 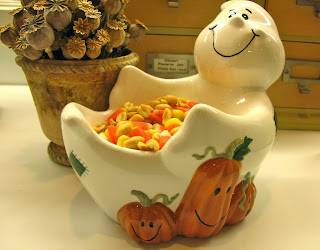 Stage 2: Anger
I can't believe I ate it all so fast!  It just disappeared.  I'm so mad at myself!  And I think
my husband is helping himself to the dish way too often!  I'm going to have to get another bag of candy corn.  (See stage 1:Denial.  It is still operating though I have moved on to Stage 2.) 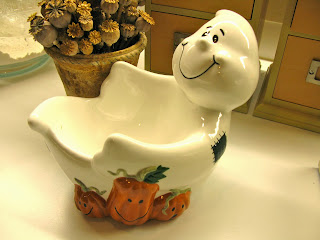 Stage 3: Bargaining
I promise I will only eat 10 candy corns a day and I will skip putting peanuts into the mix.  If I give up the peanuts, the temptation will be cut in half.

Stage 4:  Depression
I can't believe I have now eaten a whole pound of candy corn.  I have nothing but an empty dish.  I am fat.  I don't have any friends.  I will never lose weight.  That song keeps running through my mind, "Nobody loves me, everybody hates me, I'm going to eat some worms..."

Stage 5:  Acceptance
Ok, I am not capable of resisting the siren call of candy corn in October.  I'll start my diet in November.   There is no way I'm going the whole month of October without candy corn.  I'll just be fat.  And that dish will be empty again before you finish reading this post!

Posted by Jeanette, Mistress of Longears at 8:03 PM 6 comments: